I guess, per @DonnaBrazile, the Washington Post must be “big ass liars”

After all, it was Al Gore’s former campaign manager who said there is no real “concrete evidence” of voter fraud and that it was all a “big ass lie.”

Tell that to the non-citizens who fraudulently vote and might decide a close election:

Because non-citizens tended to favor Democrats (Obama won more than 80 percent of the votes of non-citizens in the 2008 CCES sample), we find that this participation was large enough to plausibly account for Democratic victories in a few close elections. Non-citizen votes could have given Senate Democrats the pivotal 60th vote needed to overcome filibusters in order to pass health-care reform and other Obama administration priorities in the 111th Congress. Sen. Al Franken (D-Minn.) won election in 2008 with a victory margin of 312 votes. Votes cast by just 0.65 percent of Minnesota non-citizens could account for this margin. It is also possible that non-citizen votes were responsible for Obama’s 2008 victory in North Carolina. Obama won the state by 14,177 votes, so a turnout by 5.1 percent of North Carolina’s adult non-citizens would have provided this victory margin.

Emphases added. Note that a requirement to show ID didn’t often help in these cases:

We also find that one of the favorite policies advocated by conservatives to prevent voter fraud appears strikingly ineffective. Nearly three quarters of the non-citizens who indicated they were asked to provide photo identification at the polls claimed to have subsequently voted.

Clearly election workers need better training to spot IDs issued to immigrants, or else there are a heck of a lot of forged IDs out there. And non-citizens voting illegally should be subject to immediate deportation.

Meanwhile, I wonder how Donna Brazile feels at being shown to be a big as.. er… fat idiot? Again.

Iran, Russia, and some damn thing in the Balkans

There are a couple of must-read articles today at XX Committee (1), both dealing with Iran’s schemes against the West. This first details Iran’s growing activities in Bosnia and Central Europe, where they have been working to cultivate Muslim extremists since Yugoslavia broke up. Note especially that Shiite Iran is quite happy to cooperate with Sunni jihadists, when the target is the “main enemy” — us and Europe. Here’s an excerpt:

…Iran has a considerable espionage base in Bosnia, which they view as a safe haven for their secret operations in the rest of Europe. Of greatest concern are the detectable ties between Iranian intelligencers and Salafi jihadist groups in Bosnia, some of which operate more or less openly (Sunni-Shia disputes notwithstanding, Tehran is happy to arm, train and equip Salafi jihadists, and nowhere more than Bosnia, where they have been doing that for over two decades). This Tehran-Sarajevo spy-terror nexus cannot be divorced from radical activities in Vienna, since Austria’s capital in many ways is the de facto capital of Salafi jihadism in Southeastern Europe, as well as a major playground for Iranian spies. These form an extended web of malevolence that stretches across Eastern and Central Europe.

Of particular concern is the large number of Iranian intelligence fronts operating in Bosnia that provide cover for operations and funding of terrorists and radicals: NGOs, charities of various sorts, and schools. For the Pasdaran, its most important cut-outs in Bosnia are the “Ibn Sina” Research Institute and the Persian-Bosnian College, but there is a long list of Iranian-linked fronts in the country (my analysis of these and how they provide cover for VEVAK and Pasdaran is here) that play an important role in Tehran’s secret war in Europe.

Should the West ever come to blows with Iran over its nuclear program, don’t doubt for a moment that the mullahs would use these assets to strike back violently in Europe.

Then Mr. Schindler also broke news today of a major Iranian-Russian intelligence cooperation agreement, aimed, of course, at us and the Israelis:

An indication of how cozy things are getting between Moscow and Tehran came this week with a visit to Iran by Nikolai Patrushev, the head of Russia’s National Security Council, who met with Iranian counterparts to discuss mutual threats. As Patrushev explained, “Iran has been one of Russia’s key partners in the region and it will remain so in future … [we] have similar and close views on many key regional issues and we had a serious exchange of views on the situation in Syria, Iraq and Libya.”

But this was not just a diplomatic gab fest. In the first place, Patrushev is a career intelligence officer and one of President Vladimir Putin’s closest confidants. A career counterintelligence officer with the Leningrad KGB, just like Putin, Patrushev served as head of the powerful Federal Security Service (FSB) from 1999 to 2008, leaving that position to take over the National Security Council.

As you’ll discover in the article, Mr. Patrushev is not a friend of the United States. For him, the Cold War is still very warm. Continuing:

Now, however, a full intelligence alliance has been agreed to. As a Russian report on Patrushev’s visit explained:

“The events in Syria and Iraq, where contacts between the Russian and Iranian special services have not only been resumed but have also proven their mutually advantageous nature, particularly in assessing the threats and plans of local bandit formations, both “secular” and Islamist, with respect to Russian facilities in Tartus in Syria, have impelled Moscow and Tehran to the idea of the need to formalize these contacts in the shape of a permanently operating mechanism. Russian special services also valued the volume of information, voluntarily conveyed by Iran to our specialists, on the potential activity of the Israeli Air Force against the Russian humanitarian convoys to Syria in the period of the sharp aggravation of the situation in that country in the summer of last year.”

Let there be no doubt that this new espionage alliance is aimed directly at the United States and Israel. As the report added, “the Iranians are prepared to provide Russia on a permanent basis with information on American military activity in the Persian Gulf obtained from their own technical intelligence facilities” — in other words, the Russians and Iranians will be sharing SIGINT, the most sensitive of all forms of intelligence gathering.

As Mr. Schindler likes to say, there is a “secret war” going on against us and our allies, one which our enemies seem to be fighting better than we do. Now that Iran and Russia have buried the hatchet, their cooperation will likely pose us serious problems and threats, not just in the Middle East, but also in Europe, where Russia maintains significant intelligence operations.

Our enemies have stepped up our game; I wish I had faith our current leadership could do the same.

Footnote:
(1) Frankly, one can say that about all Mr. Schindler’s posts.


This will drive lefties who like to point to Canada’s health system as a model for the US crazy, but they’re much more free market-oriented than we are these days in other areas, and they treat savings in a more intelligent fashion. There are some very good ideas in here we should emulate, as well as looking at the Australian and Chilean national pension models as a replacement for the failing Social Security. 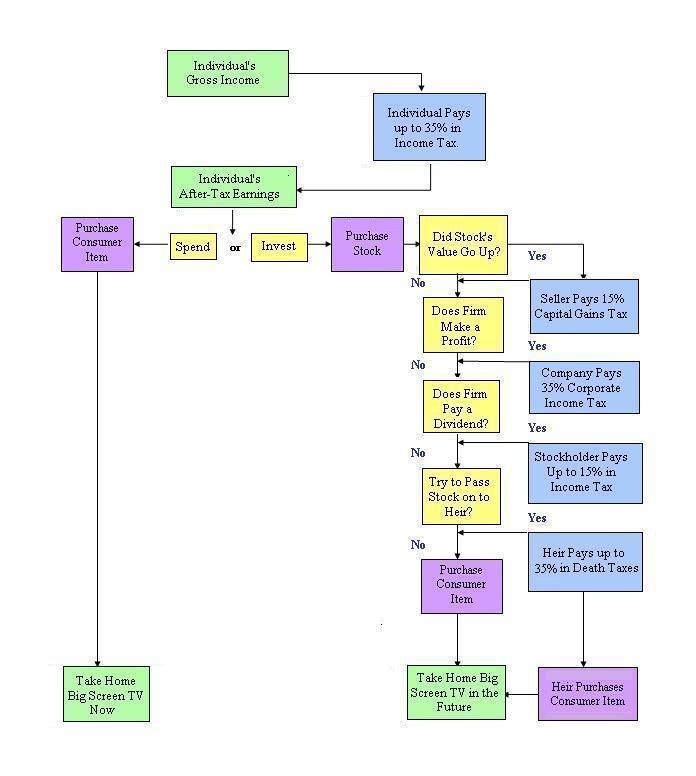